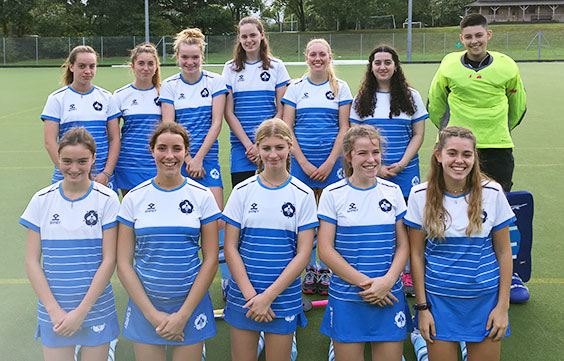 After spending most of the day in ponds, digging plants or making bird boxes for Badley Day, the first XI headed to the astro to face Portsmouth High.

Bedales started off well, and it wasn’t long before Mathilda Douglas scored the first goal, closely followed by a second from Alisia Leach. Two more goals followed from Mathilda and Amber Pearson and we finished the first half 4-0 up.

Following the half-time break, the Bedales team came even stronger. Emma Nelson dominated the right half position and linked up excellently with Shanklin Mackillop-Hall. Amber Pearson went on to score two further goals, giving her a hat-trick, and Mathilda also completed her hat-trick.

Captain and Most Valuable Player Thea Levine got her name on the score sheet when she carried the ball into the D and smashed it past the keeper. Eliza Goodfellow also scored in the second half and was excellent on the right wing.

The final score was 9-1 to Bedales. Despite the challenging weather conditions, spirits remained high and the work rate was excellent.