By Magnus Bashaarat, Head of Bedales 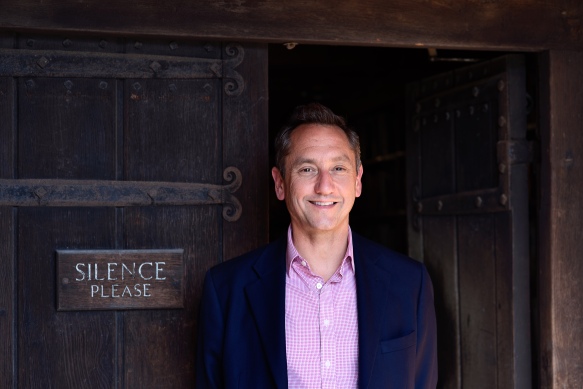 “The past is a foreign country, they do things differently there.”

The opening line to LP Hartley’s 1953 novel, The Go Between, is often used to explain change; behaviour, mores, fashion will all change over time, and perhaps the link between present and past will not be obvious or clear.  My colleague, Clare Jarmy, shared with me a copy of a 1962 guide to public schools that included a long, detailed and erudite summary of Bedales. The decade of dramatic social change was about to happen, but England in 1962 was still a rather austere, monochrome and insecure place. But what is evident from the review written by H.B Jacks (the initials, rather than first name, bear out the austerity stiffness of post-war England), is that the essential differences of Bedales, the founding principles John Badley handed on to successive generations of Bedalians and successive Heads, were there in 1962, and still as present today. The title of Henry Newbolt’s famous poem, Vitae Lampada, rather than the poem itself (easy to learn, hard to forget) springs to mind. Taken itself from Lucretius, I feel strongly that ‘the torch of life’ has been passed by Keith to me, and I now have to do the running.

In his review Jacks wrote of “the importance that Badley attached to the individual child. In his view there was a place in the school, as in life, for all kinds, and it was the school’s job to provide for all kinds, and let them grow and find themselves.” This is palpably the case still, with Bedales, Dunhurst and Dunannie all putting the individual before the institution, still providing a supportive and stimulating context in which students can grow and find themselves. I’ve lived and worked in schools where the converse is the norm; conformity, hierarchy and what I call the machinery of punishment abound, and if you don’t fit, then you can push off, because someone else will. Bedales is refreshingly still different, and still counter-cultural in the public school world, because of its ethos.

Jacks also wrote admiringly that “the school itself, looked at as an entity, exhibits all the signs of being a living thing, with a vitality all its own, unfettered by doctrinaire educational theory and unhampered by anyone’s preconceived notions of what a school ought to be and ought to do.” All schools are living now in the aftermath of Mr Gove’s doctrinaire theory and preconceived notions of education. Bedales’ own BACs, our home grown alternative to GCSE, go from strength to strength in terms of their popularity, and the academic breadth they offer that GCSEs don’t. Bedales begins this new academic year still ‘with a vitality all its own’, and still successfully challenging educational theory. It is though a school at ease with itself, and with a clear sense of its own educational mission.