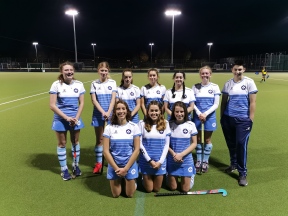 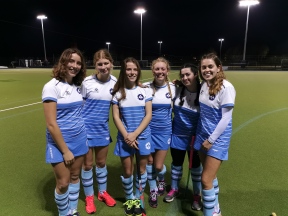 This week, the girls’ first XI travelled to Christ’s Hospital for the final game of the season. Arriving with only ten players, we knew we were already on the back foot. After a quick warm-up, the game got underway. It was clear from the outset that Christ’s Hospital were a strong side, and their attack down the right was extremely threatening.

Despite some excellent defending from Hannah Mazas and Bella Doyle, Christ’s Hospital managed to get the first goal, with an outstanding shot from the top of the D. Bedales worked exceptionally hard for the first half; Alisia Leach was excellent, and she controlled the play in the centre of the pitch, and her relentless defence distributed the ball brilliantly. However, time was against us, and we finished the first half 1-0 down.

Not to be disheartened, Bedales went out even stronger in the second half. After a couple of minutes, Bedales’ first goal was scored by Eliza Goodfellow. More excellent defending meant that we were able to hold off an aggressive Christ’s Hospital side, and ten minutes later our second goal came from Mathilda Douglas, who carried the ball into the D and came out tops in a one-against-one with the keeper.

As the game moved into the final minutes, Christ’s Hospital were able to sneak a second goal, taking the score to 2-2. With our opponents awarded a short corner in the final seconds of the game, they moved their team to the edge of the D, ready to launch an attack. However, they proved to be no match for Bedales’ Tyler Staring, who, after a fantastic performance throughout the game, managed to make the last important save to keep us at a 2-2 draw.

It was an absolutely brilliant game to finish the season on, and an absolutely unbelievable display of hockey from the Bedales first XI.

A huge thank you to all of the 6.2s who have led from the top, trained and played hard all season with such enthusiasm and energy. A particular thank you to the Captain, Thea Levine, whose work ethic on the pitch is exceptional. Thea has been dedicated throughout the season and has been a great captain.