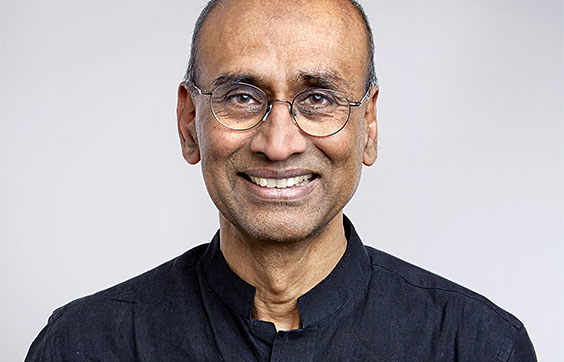 Biologists in 6.1 travelled to the Apollo Theatre in London to hear a series of lectures by some of the country’s leading scientists as part of A Level Biology Live.

First was 2009 Nobel Prize winner and President of the Royal Society, Professor Sir Venki Ramakrishnan (pictured above), whose many scientific contributions include his work on the atomic structure of ribosomes. Ribosomes exist in their millions in every cell, and are the site where genetic information is read to synthesise proteins from amino acids. He began work on ribosomes in the late 1970s and eventually discovered their complex three-dimensional structure in 2000, with the aid of X-ray crystallography.

Next, Professor Robert Winston – who was the Bedales Eckersley Lecture speaker in 2013 – spoke about manipulating human reproduction, from his work in vitro fertilisation, through to regenerative medicine such as stem cell research and epigenetics, which may turn out to be the most important biological development in the years to come. However, he warned that manipulating the human will always be dangerous, uncertain and unpredictable.