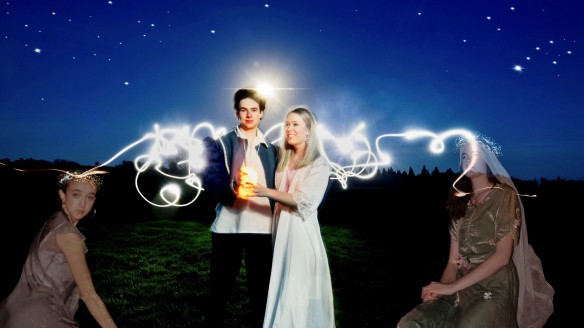 A Level English Literature students were transported back in time on Monday when they took part in a practical exercise designed to reinforce their understanding of one of the course’s key texts – The Eve of St Agnes by John Keats – following the success of last year’s experience day centred around the same poem.

The Eve of St Agnes, which is set in the Middle Ages, was inspired by the legend that unmarried women could see their future husband in their dreams if they performed certain rituals on 20 January, the evening before the feast of St Agnes.

It follows the young maiden Madeline as she escapes a loud and festive family party to go to her bedroom and perform the rituals, hoping to see her lover Porphyro in her dreams, despite being from opposite sides of two rival families.

Madeline does see Porphyro that evening, but her dreams morph into reality as her lover – having snuck into her room while she was at the party – emerges from his hiding place in the closet and attempts to rouse her by laying out a feast and playing the lute.

To bring them closer to Keats’ poem, 6.2 English students were asked to work in groups across two classes to produce tableaux representative of the poem. They sought the help of the school’s costume department to find appropriate attire and recreated the scenes in various locations – including the Lupton Hall, the sand quarry and All Saints Church in Steep, with some venturing as far as Midhurst.