In this week’s Art update, I’m sharing some work from our Sixth Form students. These pieces are part of the work set over the Christmas holiday – some are prep and others are the students’ responses to mock exam papers. While online learning comes with its challenges, Art lessons have been very positive so far. See more of the students’ artwork below.

Block 3 started their online Art lessons last week with a continuous line drawing exercise entitled ‘Messy Desk’. For this task, I asked students to draw a messy desk or kichen table, ensuring their pencil never left the paper. The students really enjoyed trying out this technique and produced some great drawings.

This week, we moved on to ‘exquisite corpse’, a method which was very popular in the early twentieth century with Surrealist poets and visual artists, who worked collectively to assemble words or images into a collage. I asked students to use this method themselves to make a three-part montage. They had a lot of fun putting these together and the results are really striking.

In this week’s Art update, I thought I would share the projects from my 6.1 group. Since the start of term, they have been working on 2D and 3D projects under the theme of ‘Dystopian Worlds’.

All of the projects are individually led, and students have been using a range of techniques such as using clear casting resin to make a stained glass effect relief and making mosaic panels, pyrographic panels (burning or drawing into wood), cardboard constructions and clay modelling.

The work will go towards their folio of work for college applications and their final exam grades and a display of their work will be in an informal show from 9 December.

This piece of sculpture was produced by Block 4 student Clemmie Pike. The theme of the project was ‘Portraiture’ and I tried to keep the ideas for the project as varied as possible. Clemmie spent a lot of time constructing a wire frame for the head and body. We then modelled a heat hardened clay into the forms. Once baked in the oven, Clemmie added the paint finish. The early end to the Spring term due to COVID-19 did mean that the sculpture has only now been finally completed ready for her folio presentation at Easter time next year. I was so impressed by Clemmie’s dedication to the project all those months ago, and it’s great to see it completed.

During the first week of remote learning, I wanted to extend students’ drawing skills using a basic theme of ‘looking out the window’.

I supported this task with a sheet on what to focus on when drawing – for example, concentrate on the foreground detail, or make the background more interesting. I also added more support sheets on perspective – one and two-point – if some of the students wanted to complete some exercises while we are working from home.

You can see some of the finished pieces of work below. 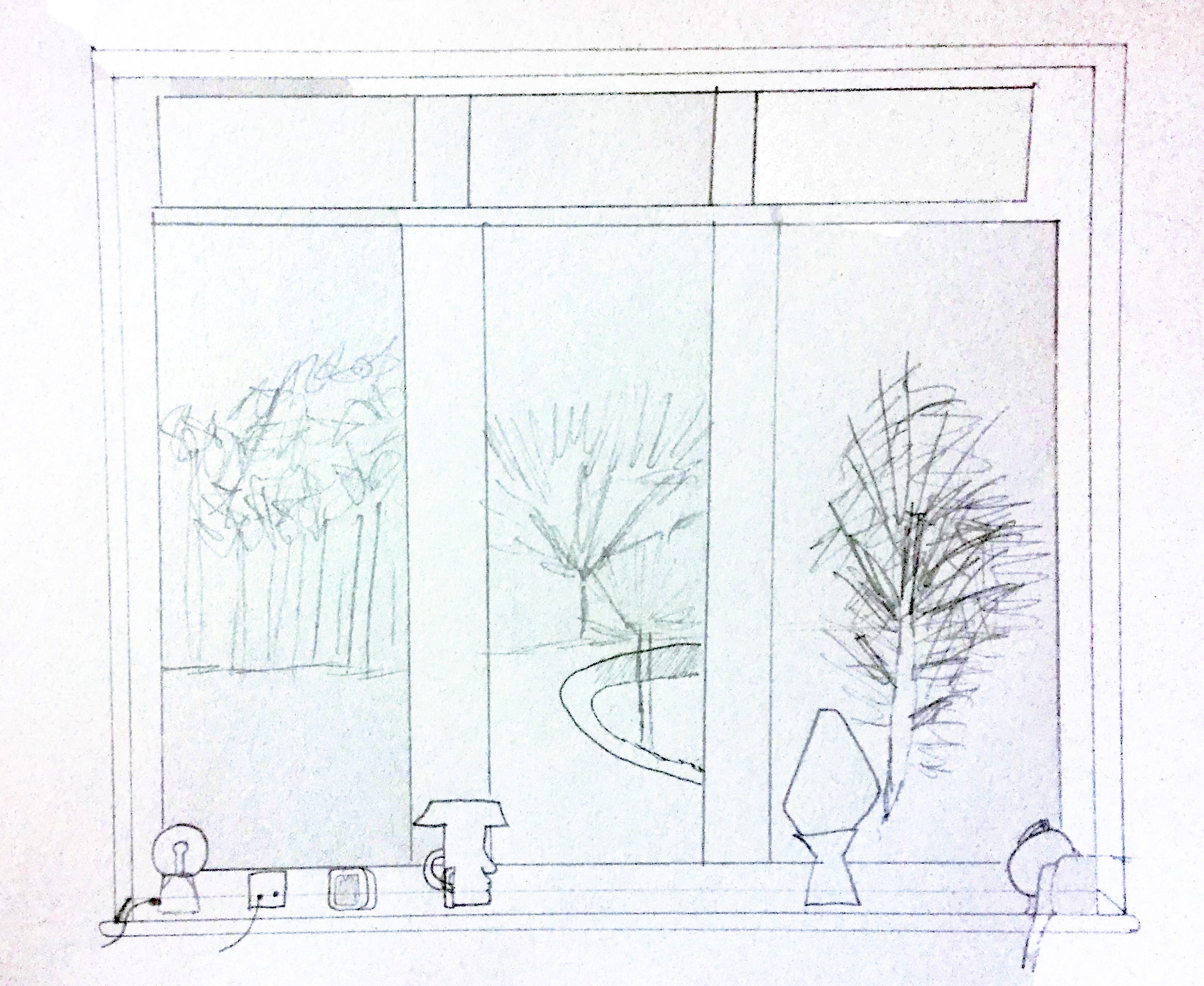 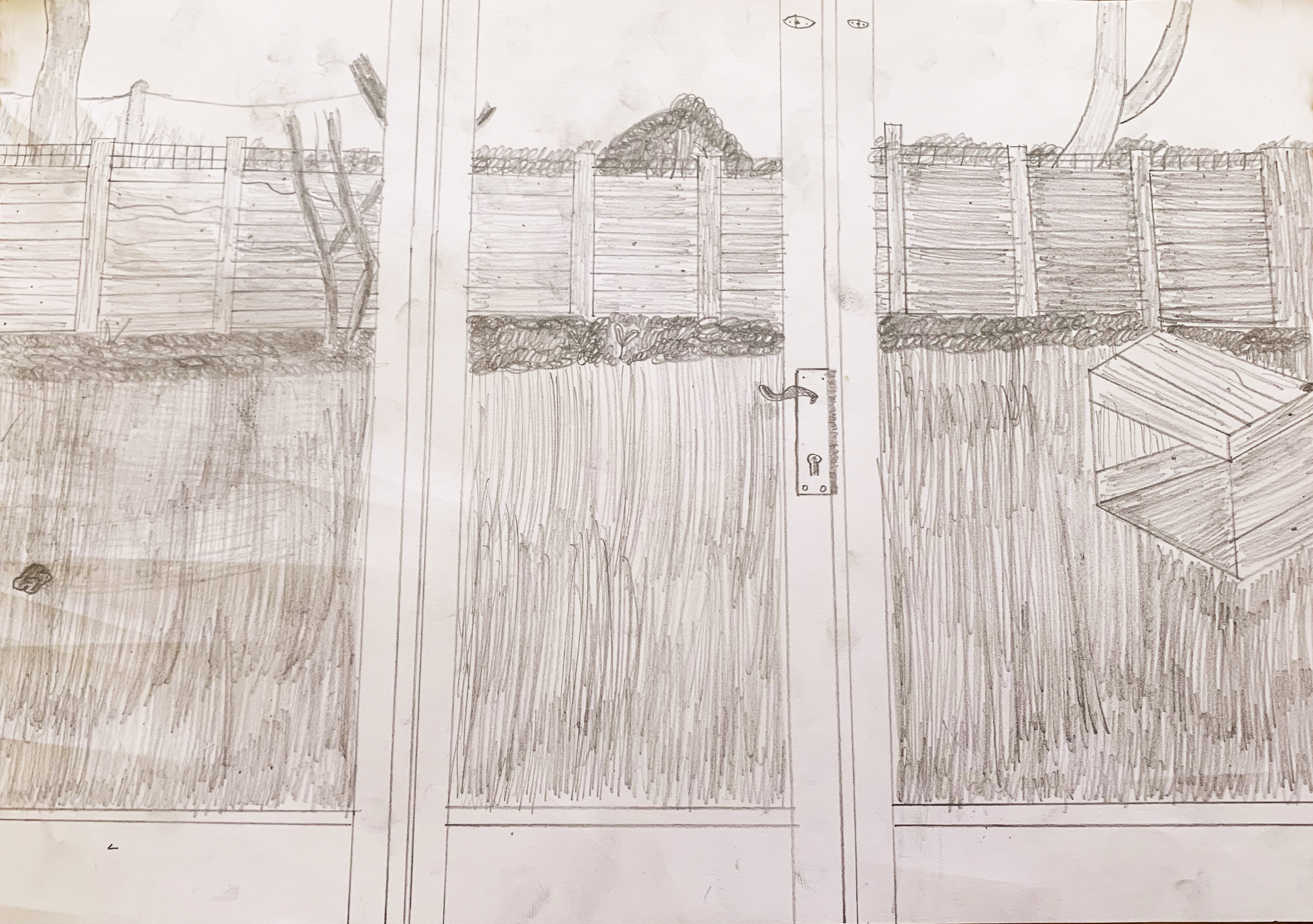 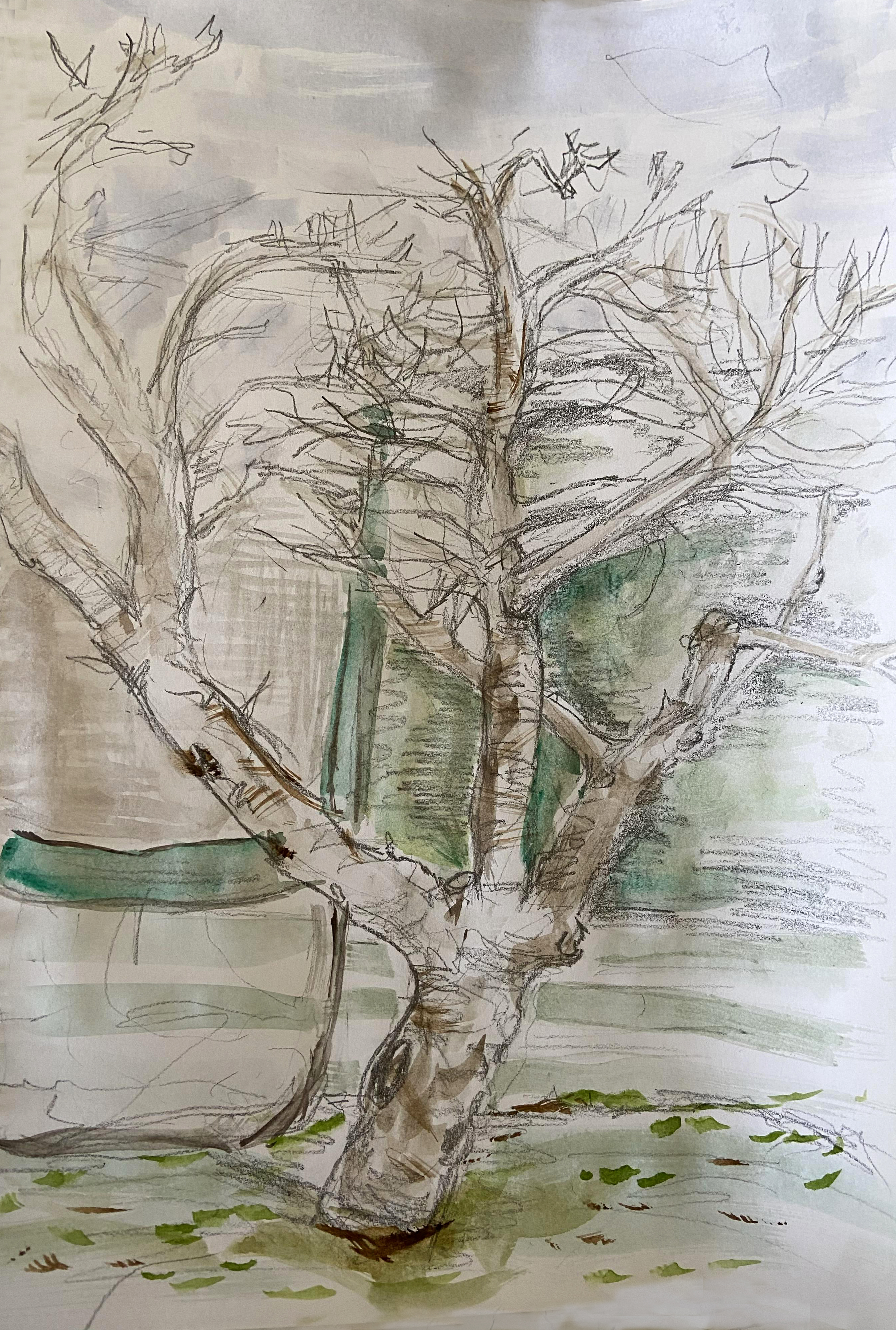 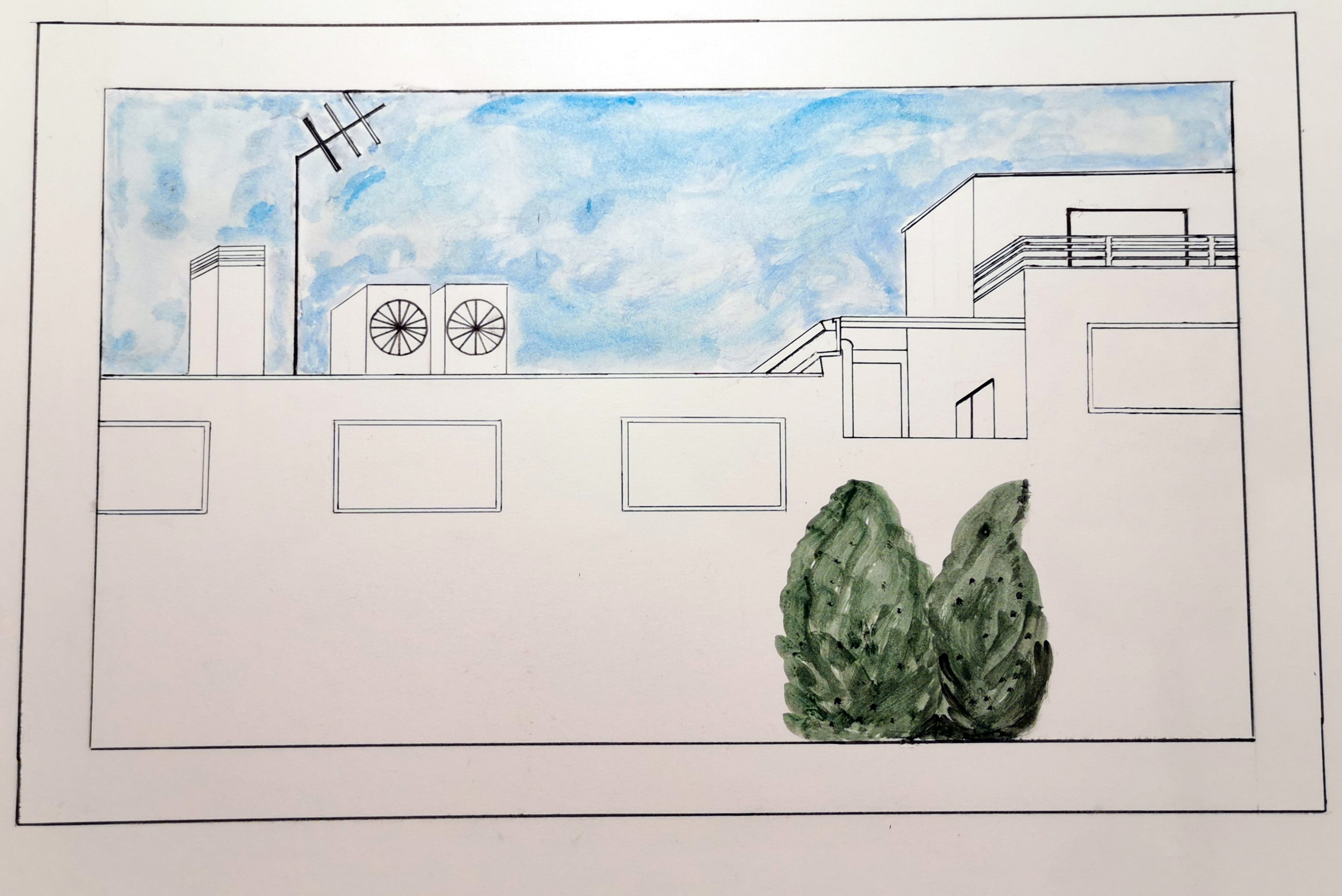 Home from Home is a solo exhibition of British painter Alex Rennie’s work at The Frestonian Gallery in London inspired by and in aid of Bedales-supported charity the Rural Refugee Network.

The exhibition explores the theme of a British welcome in relation to the Syrian migrant crisis. A percentage of sales proceeds will be donated to both the Rural Refugee Network and it’s partner charity Children on the Edge. The charities rehouse Syrian refugees in the UK as well as educating displaced Syrian refugee children residing in the Lebanese refugee camps.

Rather than portray explicit scenes of refugee life, Rennie has taken an alternative visual approach. The artist held a number of interviews and workshops with Syrian refugees and children that have been resettled in the UK by the Rural Refugee Network. The resulting artworks are informed by these testimonies as well as discussions with volunteers from the Rural Refugee Network about the successes they have had and the challenges they face.

Among the imagery featured are teacups, sandcastles, flowers and flags. Visual references that are quintessentially British, but also have universal appeal. The paintings were created to reflect the notion of empowerment: that of the refugees themselves, but also empowering the public to take action and to play a part in tackling the worst humanitarian crisis of our generation.

The exhibition runs for two days only, 24 and 25 September 2019 at the Frestonian Gallery in Notting Hill West London.